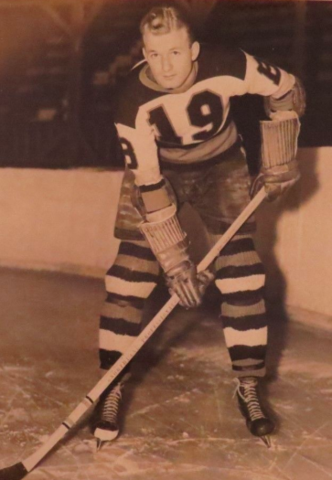 Frost played three regular season games in the National Hockey League / NHL for the Boston Bruins, and one in playoffs during their Stanley Cup winning season in 1939. Frost had 0 points.

Boston honoured him by putting his name on the Stanley Cup and included him on one of their team photos.