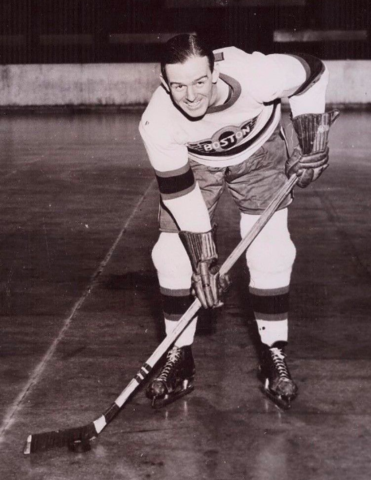 Stubbs played Hockey at Harvard for two years, before joining the New York Athletic Club Hockey Team. While playing in New York, Stubbs was noticed for his offensive game as a defenseman by United States ice Hockey officials (USA Hockey) and was asked to join their 1934 World Ice Hockey Championships team that would play in Milan, Italy.

Stubbs was thrilled to join the team, which was full of fellow Hockey players from Massachusetts, and a ex teammate from Harvard. The team was managed, and put together by Walter A. Brown, who also named them the Boston Rangers, as the 1933 USA Team was named the Massachusetts Rangers.

Stubbs would score the biggest goal of his career on February 11, 1934 in the Gold Medal game for the World Championship, as he opened the scoring for the United States in the first period. The U.S. team would lose to Canada 2 to 1, but Stubbs and the USA team would win the Silver Medal.

Stubbs would again represent the United States, this time at the 1936 Winter Olympics in Garmisch-Partenkirchen, Germany, and would win the Bronze Medal.

Stubbs would join the Boston Olympics, a senior team in Boston, Massachusetts upon returning from the 1936 Winter Olympics, and play in Boston for the next 4 seasons. Stubbs helped them win the 1937 United States National Senior Championship.

Stubbs entered the service at the outbreak of World War II and served with distinction. He fought in Europe as an infantryman, was wounded several times, earning several Purple Hearts, a Bronze Service Arrowhear, a Presidential Unit Badge, a Victory medal, and an ETO Ribbon with the four stars of Normandy, Northern France, the Rhineland, and the Ardennes. After the war he returned to Massachusetts and entered the insurance business.