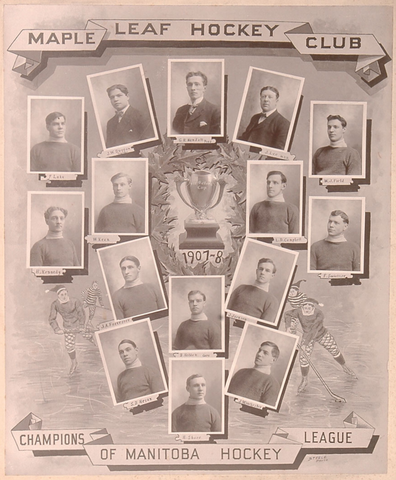 The Manitoba Professional Hockey League was founded in 1907. It was a short lived professional league folding in 1909. From this league came the Kenora Thistles, Stanley Cup champions in 1907. The season statistics of the league look confusing since teams often folded part way through a season.

The Manitoba Hockey Association (MHA) was an early men's senior ice Hockey league playing around 1900 in Manitoba, Canada. The league started as an elite amateur league in 1892, became professional in 1905, had a professional and an amateur league in 1908–09 and only an amateur league from 1909 until 1923. Two teams from the league have won the Stanley Cup, the Winnipeg Victorias and the Kenora Thistles. Three other teams from the league have challenged for the Stanley Cup: Brandon Wheat Cities, Winnipeg Maple Leafs, and the Winnipeg Rowing Club. Other teams have won the Allan Cup: Winnipeg Hockey Club, Winnipeg Falcons, Winnipeg Monarchs and Winnipeg Victorias.