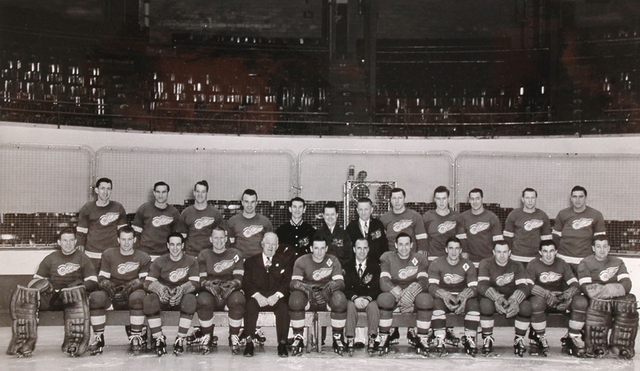 The Detroit Red Wings would defeat the New York Rangers in seven games for the Stanley Cup Championship.

Two games were played in Toronto at Maple Leaf Gardens as the circus had taken over Madison Square Garden in New York. New York's Don Raleigh scored two overtime winners in games four and five, and Pete Babando scored the Cup-winning goal in double overtime of game seven, the first time ever in which the Stanley Cup was won in extra overtime periods in game seven.

As Stanley Cup runner-up, the Rangers would be awarded the O'Brien Cup, the last team to win the trophy, at one time the National Hockey Association championship trophy, which was retired after the season.