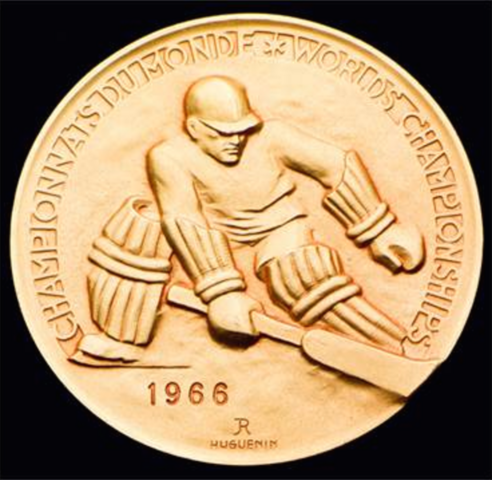 The 1966 World Ice Hockey Championships was the 33rd edition of the Ice Hockey World Championships. The tournament was held in Hala Tivoli, Ljubljana, SR Slovenia, SFR Yugoslavia from March 3 to March 14, 1966. For the fourth straight year, the Soviet Union won the tournament. For the Soviets, it was their sixth World and tenth European title.