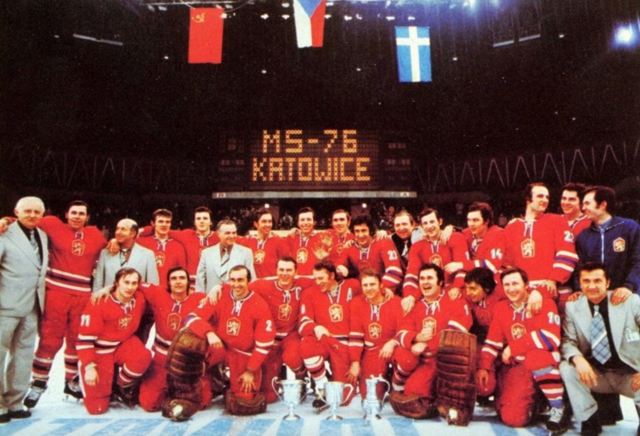 The 1976 IHWC tournament was first to feature major league professionals from the NHL and WHA although in the end only the United States made use of the new rule, recalling eight pros from the Minnesota North Stars and Minnesota Fighting Saints. The Americans promptly made the medal play off for the first time since 1962 after beating Sweden and tying Finland in the first round.

The Czechoslovakia national ice Hockey team won nine games and were unbeaten, becoming world champions for the fourth time. The defending champions from the USSR finished 2nd after sensationally losing the opening game 4-6 to hosts Poland. Sweden won the bronze after beating the Americans 7-3 in the medal round. In the European standings Sweden moved up one position leaving the Soviets with the bronze for the first time ever.