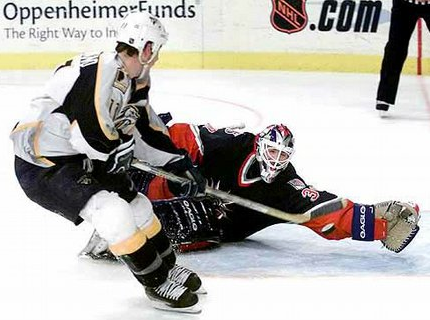 Legwand was dragged down as he skated in the Rangers' zone by rookie defenseman Tomas Kloucek with 1:43 left in the extra period. On the penalty shot, awarded by referee Terry Gregson, Legwand carried to the right side and put a shot behind New York Rangers backup goalie Kirk McLean.

"He kind of blooped it," said McLean. "He fanned on the shot, he faked a shot and I went down. He brought it to his forehand and scored."