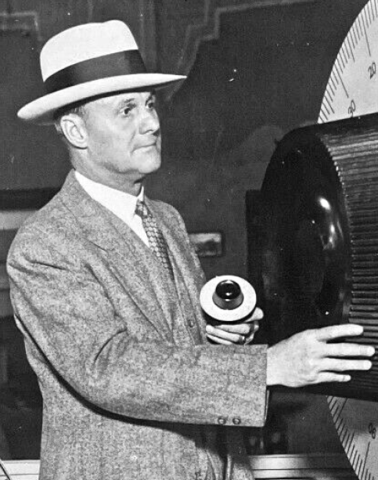 On May 31, 1923, Rickard filed incorporation papers for the New Madison Square Garden Corporation, a company formed for the purpose of building and operating a new sports arena in New York City.

In 1924 Rickard purchased a car barn block on Eighth Avenue between 49th and 50th Streets. He acquired the rights to the name Madison Square Garden, as the building's owners planned on tearing it down and replacing it with an office building.

The first NHL game played at Madison Square Garden was on December 15, 1925 with first year team New York Americans vs the Montreal Canadiens. Shorty Green of the Americans was the first player to score a goal at 11:50 of the 1st period, but Montreal would win the game 3-1, with Billy Boucher scoring the winning goal in the 2nd period.

MSG had poor sight lines, especially for Hockey, and fans sitting virtually anywhere behind the first row of the side balcony could count on having some portion of the ice obstructed. The fact that there was poor ventilation and that smoking was permitted often led to a haze in the upper portions of the Garden.

Tex Rickard was awarded an NHL franchise for the 1926–27 season to compete with the New York Americans (now-defunct). The team was immediately dubbed "Tex's Rangers", and the nickname stuck.

The New York Rangers were an immediate success, winning their very 1st NHL game, played at MSG on November 16, 1926 vs the Montreal Maroons. Bill Cook of the Rangers scored the very 1st goal for New York at 18:37 of the 2nd period and Hal Winkler got the Rangers 1st shutout in a 1-0 victory.

During the season, the Rangers placed first in the new American Division and qualified for the 1927 playoffs, losing to the Boston Bruins.

The next season (1927-28), the Rangers finished in second place in the American Division with a 19–16–9 record, and reached the 1928 Stanley Cup finals where they defeated the Montreal Maroons 3-2 in games to claim their 1st Stanley Cup championship. All games were played at Montreal Forum, as the circus had booked MSG.

Tex Rickard was also the builder of "Boston Madison Square Garden," better known as the Boston Garden in 1928.