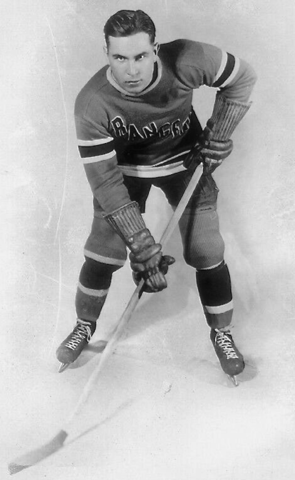 The New York Rangers bought his rights on April 8, 1933 from Buffalo, and Carr started his 1st NHL season with the Rangers. He went scoreless in 14 NHL games to start the 1933-34 season, and the Rangers sent him to the Philadelphia Arrows of the Canadian–American Hockey League / Can-Am, where he played 9 games. The Rangers then sold his rights to the Syracuse Stars of the International Hockey League / IHL on Jan. 30, 1934. Carr finished the 1933-34 season in Syracuse, scoring 8 goals in 18 games for the Stars.