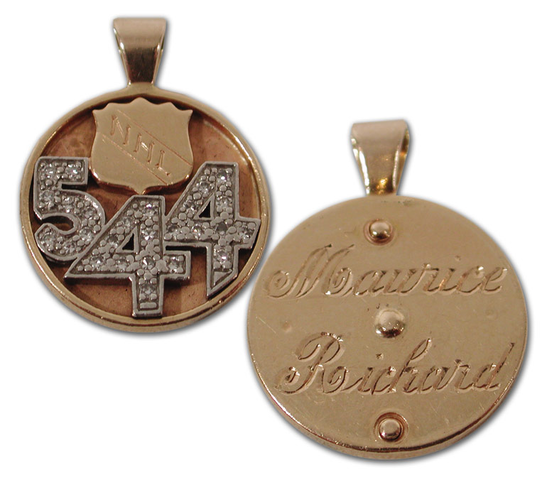 Exquisite pendant charm pays tribute to an illustrious career which set the benchmark for other goal scorers to chase. Rocket Richard's regular season goal total of 544 was the lofty record until another all-time great, Gordie Howe, surpassed it.

Stunning 10-karat gold and diamond creation presented to Maurice Richard by the National Hockey League features an NHL logo above a "544" in diamonds. Measuring three-quarters of an inch in diameter with a scripted "Maurice Richard" engraved on the back.

The terrific keepsake was cherished, first by the legend, and then by his daughter Huguette who received it as a gift.