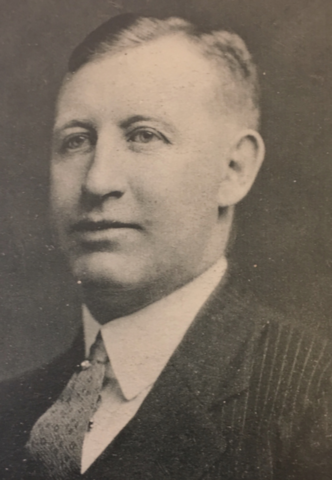 Gorman was a fine lacrosse player in his youth, and was the youngest member of the Canadian lacrosse team that won the gold medal (only two teams competed) at the 1908 Summer Olympics in London, England. He then played professionally for a number of seasons.

As a student, Gorman demonstrated a proficiency in writing and an interest in journalism. He worked one year as a pageboy in the House of Commons and was a favourite of Prime Minister Sir Wilfrid Laurier. Gorman worked in the sports department of the Ottawa Citizen and eventually became section editor. He worked at the newspaper until 1921.

Gorman became involved in the operation of a Hockey club for the first time when he co-purchased the Ottawa Senators of the National Hockey Association (NHA) along with Ted Dey and Martin Rosenthal . The original owners were going to dissolve the team. Losing a franchise at this time would have severely damaged the fortunes of the league as well.

Ted Dey, principal owner of the Ottawa Senators of the NHA, had trouble recruiting players for the 1916–17 season and hired Mr. Gorman to do the task. He did it so capably that he was hired as secretary-treasurer.

In November 1917, Gorman, George Kennedy, Sam Lichtenhein and Mike Quinn all played a part in suspending the NHA and forming the National Hockey League in an effort to rid themselves of Toronto NHA owner Eddie Livingstone. Gorman became the manager and part-owner of the Senators at that time.

Most significantly, as the club's manager where he was a strong motivator and astute judge of talent and character. He was personally responsible for Lionel Hitchman, Alex Connell, and King Clancy joining the team. Under Gorman the Senators became the NHL's first dynasty, helping lead the team to Stanley Cup championships in 1920, 1921, and 1923.

Following the last Stanley Cup, Gorman sold his interest in the club to a group of Ottawa entrepreneurs led by Thomas Ahearn. Gorman returned briefly to the league in 1925 when he purchased the Hamilton Tigers and transferred the franchise to New York where they were known as the New York Americans (Amerks), introducing professional Hockey to New York City. Gorman was coach and manager of the team.

Gorman resigned from the Americans in 1929 to get involved in horse racing. He managed the Agua Caliente Racetrack in Mexico from 1929 until 1932. In 1932, Gorman brought the horse Phar Lap to Mexico where the horse won the $100,000 Agua Caliente Handicap before dying under mysterious circumstances in San Francisco. When the president of Agua Caliente sold the racetrack in 1932, Gorman was briefly out of sports.

Late in the 1932–33 season, he was hired as coach of the Chicago Black Hawks, as a mid-season replacement for Emil Iverson, and became general manager as well the following season, building a defensive squad around Lionel Conacher and goalie Charlie Gardiner. He took the team from last place in their division in 1932–33 to their first Stanley Cup victory in 1934—despite scoring the fewest goals of any NHL team. Ten days after the Cup victory, Gorman resigned after a dispute with the owner.

Gorman went to Montreal as their manager-coach and helped the Montreal Maroons to their final Cup in 1935, thus becoming the first (and only) coach to win consecutive Stanley Cups with different teams. Gorman stuck with the Maroons while they struggled through the Depression and eventually folded in 1938.

In 1940, Gorman became general manager of the Montreal Canadiens. He and coach Dick Irvin Sr. revitalized the club's fortunes and lead them to Stanley Cup championships in 1944 and 1946. He is the only person to manage four different teams to championships: the Senators, Black Hawks, Maroons and Canadiens. No other General Manager in the history of the NHL, Major League Baseball, the National Football League, or the National Basketball Association has won championships with four different teams.

Gorman was also a promoter. One of his flops was after he became manager-coach of the Montreal Maroons when he booked evangelist Aimee Semple McPherson at the Montreal Forum. Few people came. "No one wanted to be saved," he explained. However, some of his better promotions came when he was the Montreal Canadiens general manager. He had Duke Ellington and Frank Sinatra perform at the Forum.

After retiring as general manager of the Canadiens in 1946, Gorman bought the Ottawa Senators of the Quebec Senior Hockey League, managing them to the Allan Cup championship in 1949.

Gorman took figure skater Barbara Ann Scott on a continental tour after she won the figure skating gold medal at the 1948 Winter Olympics. Gorman revived professional wrestling in Montreal and promoted it in Ottawa, and introduced professional baseball to Ottawa in 1951 with the Ottawa Giants Triple A baseball franchise of the International League.

In 1937, Gorman took over management of the Connaught Park Racetrack, a horse race track in Aylmer QC, near Ottawa, of which he had been a part-owner since 1925. Gorman was managing the race track when he died of cancer at a hospital in Ottawa at the age of 74. He was the last living founder of the NHL.

Tommy Gorman was inducted into the Hockey Hall of Fame in 1963.