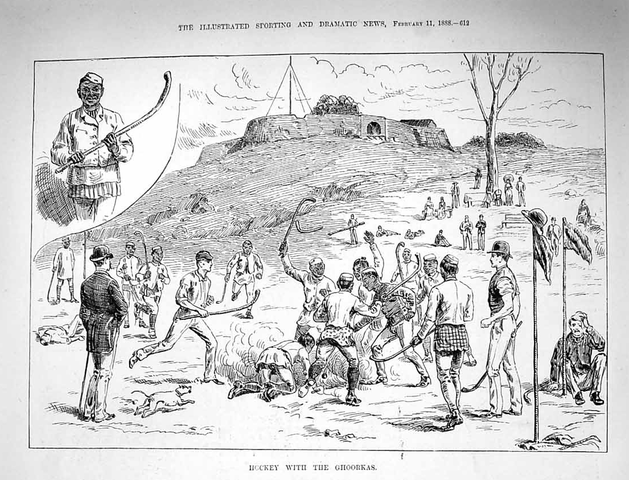 Ghoorkas are a type of melee infantry:
These indigenous troops formed hugely effective regiments when used by the European East India companies. They were acclimatised to India with a resilience and endurance that put Europeans to shame. In combat, they typically display unwavering bravery and a tenacious determination.
Often recruited from barren or mountainous regions, these men are tough and hard working. Loyal without question, their familiarity with local culture allowed Europeans to fight insurgencies and unrest with understanding as well as brute force.

The sepoys of the British East India Company were typical in that they had native and European officers. “Natives” never commanded Company battalions, but their opinions were always sought by the better sort of European officer. The Ghoorkas were a special case, because Nepal was never colonised, but a treaty was made between the company and the native king.