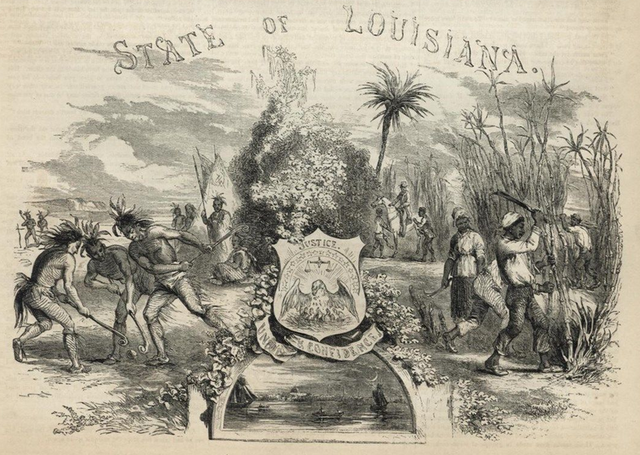 A Muscogean based tribe, the Choctaw is similar to the Creek Confederation. The Choctaw evolved from multiple smaller tribes that shared similar language and culture. The Choctaw were early allies of the French, Spanish and British during the 18th century. In the 1750's the tribe was involved in a Civil War that decimated whole villages. The division was driven by factions affiliated with the Spanish and the other the French. In the 18th century the Choctaw were generally at war with the Creeks or the Chickasaw Indians. The Choctaw like all of the Muscogean tribes was a matriarchal and clan culture.

A Treaty in 1855 with the Chickasaw, gives Chickasaw nation their own land from lands of the Choctaw.