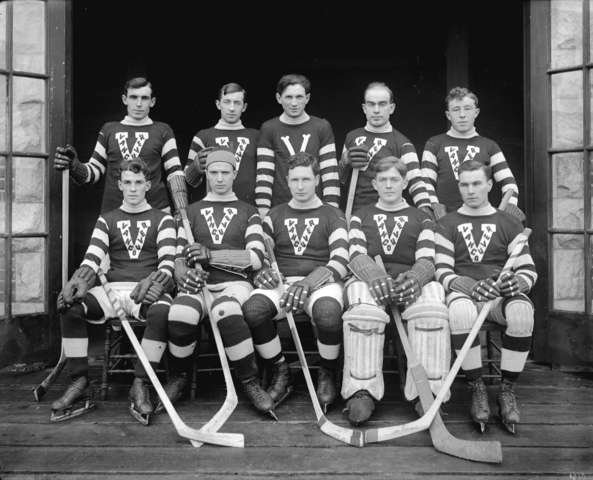 Situated at the corner of Denman and Georgia Streets in Vancouver, sitting on the shore of Coal Harbour, the Denman Arena was once the largest in the world. Built in 1911 by Frank and Lester Patrick at a cost of $300,000 it was the main venue for their newly formed Pacific Coast Hockey Association.

Until the Montreal Forum was built in 1926, it was the largest artificial ice arena in the world seating 10,500.

The Pile would host the Vancouver Millionaires Stanley Cup championship in March, 1915, boxing matches featuring Max Baer and “Cinderella Man” James Braddock, movie star Rudolph Valentino as well as bicycle races and tennis matches. The Patricks, being innovators of the game of Hockey would introduce many of the games’ great changes. It was the arena that had the first blueline in Hockey history, the first goal crease and where forward passing was first tested.