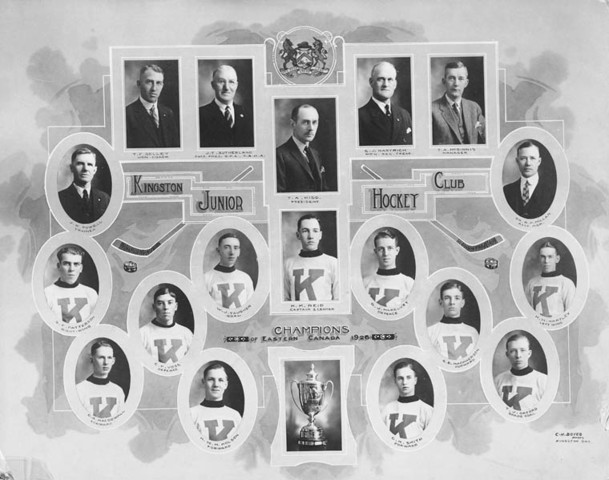 Seated to the left of the Trophy is Hartland de Montarville Molson, future President of The Montreal Canadiens.

Also on this team is George Franklin "Paddy" Patterson, who would score the very 1st Toronto Maple Leafs goal on February 17, 1927