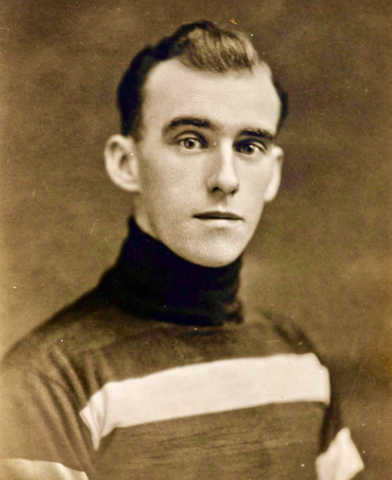 Noted for wearing a small black cap when he played, Connell turned pro with the NHL Ottawa Senators to start the 1924-25 season, making his NHL debut on November 29, 1924 vs the Hamilton Tigers at Barton Street Arena, a 5-3 loss. Connell got his 1st NHL win on December 3, 1924 vs the Montreal Canadiens at The Forum, a 2-1 OT victory.

Connell got his 1st NHL shutout on December 17, 1924 vs the Hamilton Tigers at Ottawa Auditorium in a 0-0 tie.

Alec Connell was inducted into the Hockey Hall of Fame in 1958.

Alec Connell was inducted into the Ottawa Sport Hall of Fame in 1966.