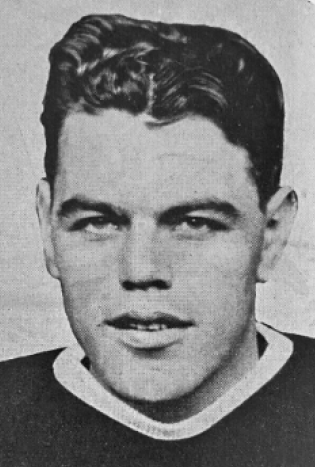 Lane spent two years 1923 to 1925 with Boston A.A. Unicorns of the USAHA before attending Dartmouth College for three years.

Lane ranks as one of Dartmouth College's greatest all-time athletes. From 1925 until his graduation in 1928, Lane earned three letters in Hockey and football, respectively and another in baseball. He was captain of the 1928 Hockey team and led the squad to a 6-4 record. While at Dartmouth, Lane established records for the most goals in a season by a defenseman (20), and career goals by a defenceman with 50 in 17 career games over 3 seasons.

Lane is perhaps the most prolific scorer in Dartmouth football history too. Years after his graduation he held numerous Dartmouth scoring records. In 1927, Lane scored five TDs and 33 points against Temple. That same season he scored 18 touchdowns and scored 125 points. His point total led the nation that season. For his career he crossed the goal line 48 times and scored 307 points. As a sophomore halfback in 1925, Lane's 102 points for the national champions ranked second among the country's scoring leaders.

Lane made his NHL debut on November 15, 1928 vs Detroit Cougars at Olympia Stadium in a 2-0 Rangers win.

In 1928, Lane was offered by the Rangers to the Boston Bruins for Eddie Shore and $5,000. Rangers President John Hammond believed that because Lane was such a hero in his home state, the Bruins would do anything to acquire him. According to former Rangers publicity director Stan Saplin, who got the story from Lester Patrick, the telegram Bruins' president, Charles F. Adams sent back read: GET A LIFE PRESERVER - YOU ARE MYLES FROM SHORE.

The Rangers later sold his contract to the Bruins for $7,500. Lane was with the Bruins when they won the Stanley Cup vs the Rangers in 1929. Boston's first championship. This was the first time in Stanley Cup history that two American-based teams met in the Final.

From 1931-1934 Lane played for the minor league Boston Cubs of the Canadian-American Hockey League.

Lane was called up for 25 games with the Bruins in 1933-34 but retired after the season to devote full-time to his law career.

Lane was also an outstanding football player at Dartmouth, starring as a halfback for three seasons. Lane was also a All American in football and led his team to the national championship in 1925. (In addition, he also received All-American recognition for his gridiron exploits and is a member of the National Football Foundation's Hall of Fame at Brunswick, New Jersey.)

After graduating from Boston College Law School in 1934, Lane joined the firm of O'Connor & Farber. Three years later he was appointed an assistant United States attorney for the U.S. Attorney for the Southern District of New York. With the outbreak of World War II. He joined the United States Navy and served as a Lieutenant, and then as a Commander, before returning to New York. In 1946, Lane joined the New York Federal Courthouse, and was appointed to the post of Assistant United States Attorney for the Southern District of New York in September 1951. He served in that post until 1953, when he was appointed United States Attorney. His several well-known cases included the prosecution of several mob bosses including Frank Costello, and the preparation of the government's case against Julius and Ethel Rosenberg. The Rosenberg's were convicted of espionage, and were eventually executed in 1953.

Lane retired from his attorney post to go into his own private law practice in 1953, and throughout the 1950s and 1960s, he served on several citizens committees, and In 1958 he was appointed chairman of the State Investigation Commission by governor W. Averell Harriman. During his years with the commission, the agency looked into issues such as school building flaws, hospital abuses, narcotics problems, underworld activities and bid-rigging on New York City's purchases of rock salt.

Myles Lane was elected to the New York Supreme Court in 1968.

Judge Lane was appointed to the New York Supreme Court, Appellate Division, First Department in 1974, where he remained until his retirement in 1979.

Myles Lane was inducted into the College Football Hall of Fame in 1970.

Inducted in to the United States Hockey Hall of Fame in 1973 as a Charter Member.