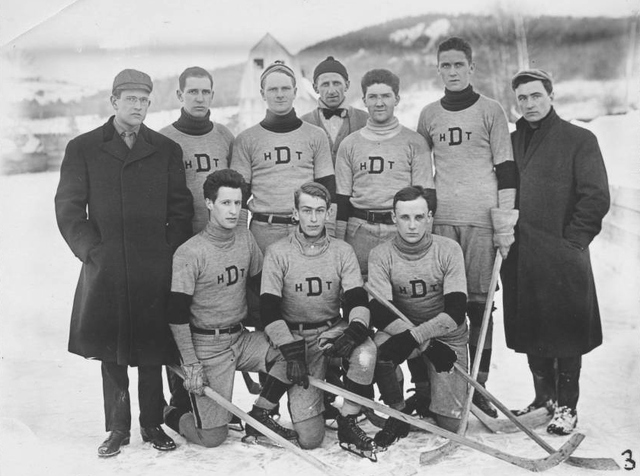 This team finished in second place in the 1909 Intercollegiate Hockey League behind Harvard University. They won 3-2 against Yale, 4-2 against Columbia, 3-2 against Princeton, and lost 0-1 to Harvard. Henry Stucklen scored 5 goals, Arthur Doe 3, while Ralph Marston and Chester Perry had one goal each.

Sourced from libarchive.dartmouth.edu. Credited to Unknown.