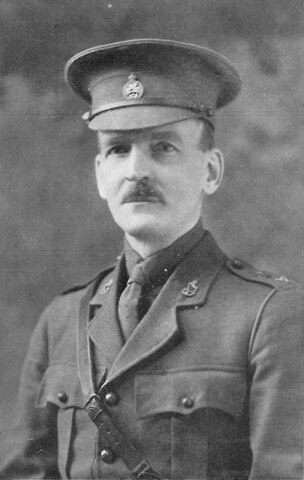 Harry Trihey was commanding officer of the 199th Irish-Canadian Rangers in WW1.

As a hockey player Trihey was a member of the Montreal Shamrocks and won two Stanley Cups in 1899 and 1900, captaining the team from the centre forward position.

Harry Trihey was inducted into the Hockey Hall of Fame in 1950.