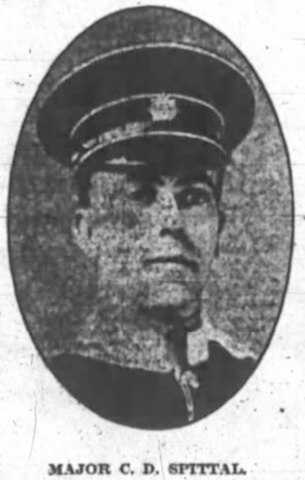 Charles Spittal, formerly a defenseman with the Ottawa Hockey Club, while a Major with the Canadian Army in World War I. Spittal rose to the rank of Lieutenant Colonel.

While in his 20s and early 30s Spittal was an avid sportsman competing in cycling, lacrosse and ice hockey.