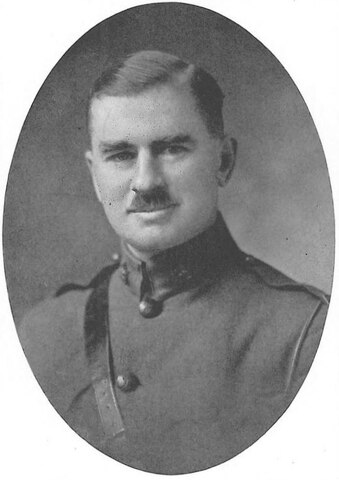 Francis Clarence "One-Eyed Frank" McGee (1882–1916), Lieutenant with the 21st Infantry Battalion in WW1. McGee was killed in action on September 16, 1916 near Courcelette in northern France.

McGee, a centre forward, helped the Ottawa Hockey Club hold the Stanley Cup between 1903 and 1906, a dynasty team known as the 'Ottawa Silver Seven'.