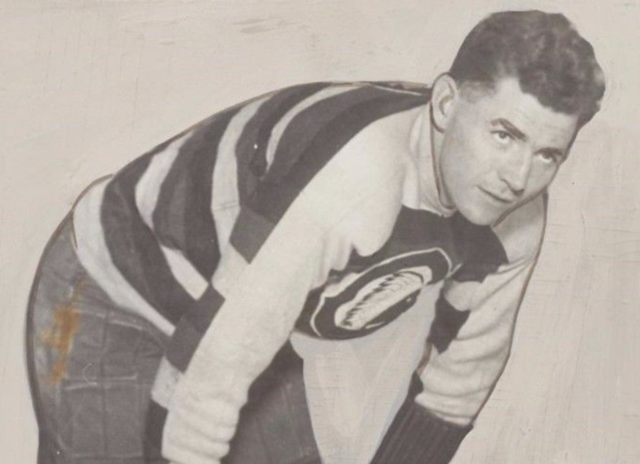 McFarlane grew up in Edmonton, Alberta learning his Hockey skills in high school, and moved to Calgary after graduation to play in the Alberta Big Four League / Big-4 League with the Calgary Columbus Club Hockey Club for the 1919-20 season.

McFarlane then played for the Calgary Fourex / 4 X from 1920 to 1923, helping the Fourex win the 1922 Calgary Senior League championship and the Alberta Senior Playoffs championship, before losing to the Regina Victorias during the Western Canada Allan Cup Playoffs in the semi finals.

McFarlane then turned pro, and joined the Seattle Metropolitans of the Pacific Coast Hockey Association / PCHA for the 1923-24 season, scoring 5 goals in 30 games.

McFarlane then signed as a free agent by the Vancouver Maroons of the Western Canada Hockey League / WCHL after the PCHA Seattle franchise folded, November 10, 1924, playing just 5 games for the Maroons before they traded him to the Calgary Tigers of the WCHL for cash, December 21, 1924.

In November, 1926 the Tigers sent McFarlane to the NHL's Chicago Black Hawks for cash. It was a good deal for the cash-starved Tigers and made sense for the Black Hawks, who had been hit by a rash of injuries. Chicago team management was also impressed by the fact McFarlane had shown uncommon versatility in being able to perform either on defense or right wing. He was called up for two games with the Black Hawks that year, which accounted for his entire NHL career, and played most of the season with the Canadian-American Hockey League / Can-Am Springfield Indians.

McFarlane then played in the Canadian Professional Hockey League / Canpro with the Kitchener Millionaires in 1927-28 and the Kitchener Flying Dutchmen in 1928-29.

McFarlane then joined the newly formed International Hockey League / IHL, playing for the Cleveland Indians for 3 seasons until 1933.

McFarlane once again jumped leagues, this time to the North West Hockey League / NWHL, playing from 1933 to 1936 with the Portland Buckaroos, Vancouver Lions and the Calgary Tigers.

McFarlane retired after the 1937-38 season as a member of the ASHL's Calgary Rangers.