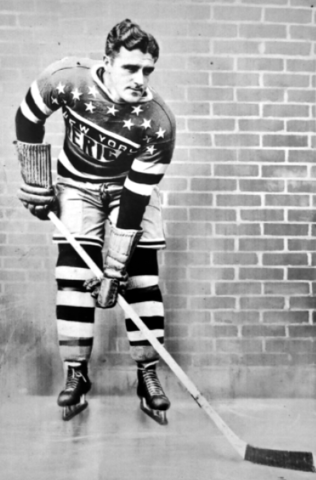 Gallagher played junior Hockey for the Thunder Bay Senior Hockey League Kenora Thistles from 1925 to 1929 and then joined the Montreal AAA to help them win the Allan Cup championship in 1930.

Gallagher signed as a free agent with the Toronto Maple Leafs but was ruled to belong to the Montreal Maroons, and made his NHL debut on November 11, 1930 vs the Ottawa Senators in Ottawa. He scored his 1st NHL goal vs Charlie Gardiner of the Chicago Black Hawks at the Montreal Forum 7:25 into the 3rd. It was the game winner in a 2-1 victory.

Gallagher played with the Americans until 1932-33, when he was traded to the Detroit Red Wings. He missed most of the 1933-34 season recovering from serious injuries sustained in an automobile accident.

Gallagher then played for the IHL Windsor Bulldogs in 1934-35, then the Detroit Olympics in 1935-36, and was traded to the New York Americans early in the 1936-37 season, also playing for the Pittsburgh Hornets that season. The Red Wings got him back a month later and he helped them win the 1937 Stanley Cup championship. Gallagher only scored 2 playoff goals in his career, and 1 of them was the game 2 winner vs the New York Rangers during the 1937 Stanley Cup finals.