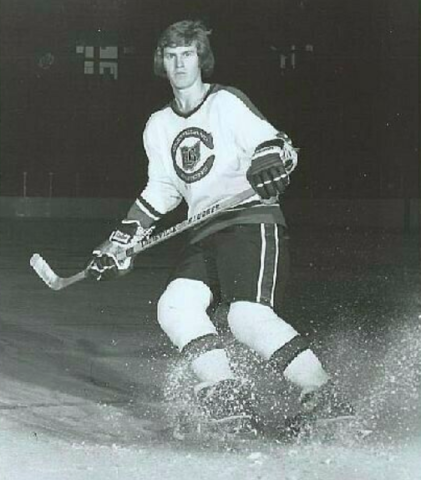 Gardner played his minor Hockey with the Leaside Hockey Association, and represented Leaside at the famous Quebec International Pee-Wee Hockey Tournament in 1964.

Gardner later joined the St. Michael's Buzzers, a junior B Hockey team playing from Toronto. He scored 54 goals, 42 assists in 36 games during the 1969-70 season.

The Montreal Canadiens selected Gardner 8th overall in the 1972 NHL Amateur Draft. Gardner would play for the Canadiens during the 1972-73 season, but just 5 games, as the Canadiens already had Henri Richard, Jacques Lemaire and Pete Mahovlich playing centre. Gardner did score 1 goal and 1 assist in one of those 5 games, on January 20, 1973 vs the Philadelphia Flyers. He played the remainder of the season with the Nova Scotia Voyageurs in the American HockeyLeague / AHL, helping them reach the 1973 Calder Cup finals.

Gardner was back in Montreal to start the 1973-74 season, playing in 31 games, scoring just 1 goal. He was traded to the
St. Louis Blues for a' 1st round draft pick in early March, 1974, and finished the season in St. Louis.

Gardner stated the next season with the Blues, playing in 8 games before they traded him to the NHL California Golden Seals. He played for the Seals franchise for the next 4 seasons, including when they relocated and became the NHL Cleveland Barons to start the 1976-77 season.

Gardner then signed with the AHL Binghamton Dusters for the 1979-80 season, but after just 18 games, they released him. He was then invited to play for Team Canada in the December 1979 Izvestija tournament in Moscow, and was noticed by Philadelphia Flyers scouts. He was then signed by the Flyers and sent to their AHL team, the Maine Mariners, helping them reach the AHL Northern Division finals in the 1980 Calder Cup playoffs. He also played 2 NHL games for the Flyers during the season.

At the start of the 1980-81 season, Gardner found there was no interest from AHL or NhL teams, so he jumped at the chance to play in Europe, as HC Ambri-Piotta , a Swiss 2nd division team was interested in him. He played 3 seasons with Ambri-Piotta and another 5 seasons with EHC Visp. He later quoted many times, that the 8 years he played in Switzerland were some of the most enjoyable of his career.