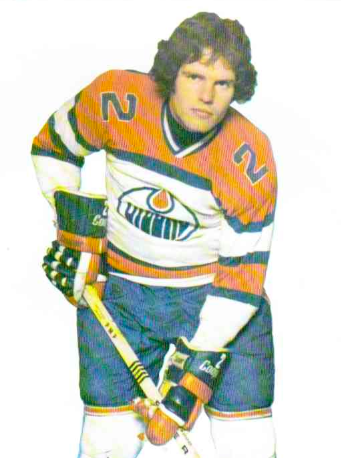 Long began his junior career with the Moose Jaw Canucks of the Saskatchewan Junior Hockey League in 1966.

Long then signed with the Western Hockey League's Portland Buckaroos for the 1971-72 season, having a solid season, scoring 14 goals, 33 assists, and then scored 3 gaols, 7 assists in the playoffs.

Long had also been selected by Edmonton in the 1972 World Hockey Association / WHA General Player Draft, February 12, 1972, and in 1974, he opted to sign with the WHA's Edmonton Oilers and was picked as an alternate for that year's Summit Series versus the Soviet Union.

During his first year in the league, Long scored 20 goals and provided grit in his own end. His solid year earned him a place on the WHA's second all-star team. He played another year in Edmonton before he was traded to the Winnipeg Jets (WHA) for future considerations, October, 1976. Long was excellent at both ends for the Jets and was named to the league's second all-star team in 1978.

In June 1979, the veteran blueliner was claimed by the Detroit Red Wings prior to the WHA/NHL merger draft. He played all 80 games for the Red Wings in 1979-80, and was then traded back to Winnipeg for cash, October 31, 1980. Long scored 6 goals, 17 assists and was a team leader in Winnipeg. He then joined Canada at the 1981 World Championships, scoring 1 goal.

Injuries forced the steady veteran to retire after playing only five games at the start of the 1981-82 season.

Upon retirement, Long became a Winnipeg assistant, and during the 1983-84 season, he became head coach. In 1984-85, Long's club finished with 96 points with a a 43-27-10 record, and won a first round playoff series, but a poor start during the next campaign led to his firing after 66 games.