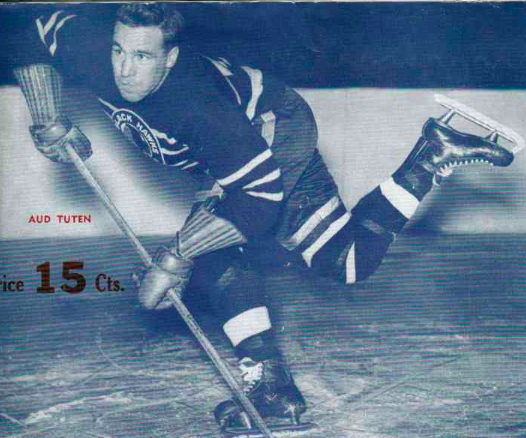 Tuten then signed jumped leagues to the American Hockey Association, signing with the Kansas City Greyhounds for the 1939-40 season. The Greyhounds became the Kansas City Americans, and Tuten continued playing in Kansas City until 1942. While playing for the Greyhounds / Americans, Tuten was named the the AHA Second All-Star Team in 1940 and 1942, along with being named to the AHA First All-Star Team in 1941. In the 1941-42 season, Tuten appeared in five games with the NHL Chicago Black Hawks and managed 1 goal, 1 assist, and during the 1942-43 season, Tuten played in 34 games for the Black Hawks, scoring 3 goals, 7 assists.