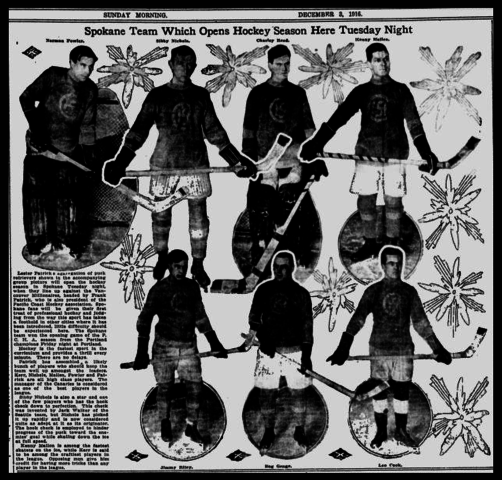 Lester Patrick was also a player on the team, along with being the coach, manager and owner.

The Spokane Canaries (officially Spokane Hockey Club) were a professional ice Hockey team in Spokane, Washington. They played in the Pacific Coast Hockey Association for only one season in 1916–17. I

n the fall of 1916, the Canadian government expropriated the Patrick Arena in Victoria, British Columbia for war-time training purposes, making the arena unavailable for ice Hockey use.

It was decided to move the club based there, the Victoria Aristocrats, to Spokane, Washington. The team operated without an official nickname but were dubbed the "Canaries" by a local boy after seeing their yellow and purple uniforms.

Sourced from The Spokesman-Review. December 3, 1916.