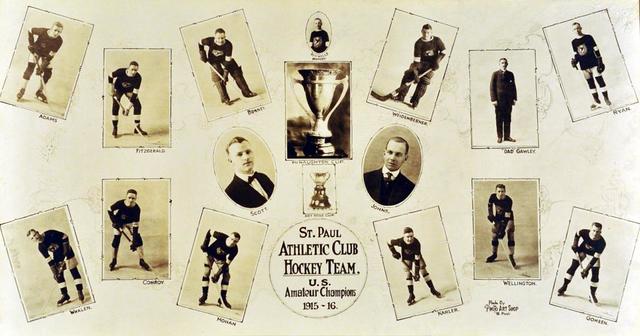 After winning the MacNaughton Cup, the St. Paul team traveled to Montreal, Quebec and defeated the Lachine Hockey Club for the Art Ross Cup 7 to 6, in a challenge series game on March 16, 1916. The challenge game was played under protest, as Perry Norton, the Lachine team manager challenged the amateur status of Bonney, Mohan, Wellington and Whalen. The game had went ahead, with the matter awaiting resolution by a meeting with cup trustees the day following the game. One of the trustees was Riley Hern, a former star player and 4 time Stanley Cup winner. The cup trustees originally ruled in favour of St. Paul, giving them the !916 Art Ross Cup championship, but 3 days later, on March 20, reversed their decision, and stripped the trophy from St. Paul. The trustees accepted the amateur status of Bonney and Wellington, but ruled that Mohan had never been reinstated as a amateur after his professional play. Whalen's status does not appear to have not been addressed.

The St. Paul team was therefor 1916 Art Ross Cup champions for 3 days, hence the trophy appearing in this team photo.