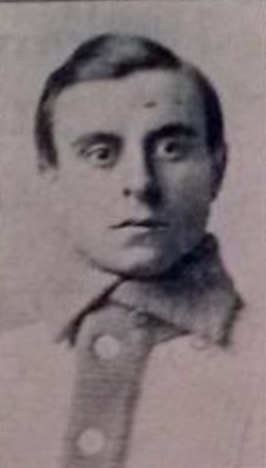 Moving to Saskatoon from Ontario when he was 15 years old, Fowler played baseball, soccer and lacrosse, but it was his Hockey career where he achieved most of his athletic success.

Fowler then turned professional, and joined the Pacific Coast Hockey Association / PCHA, playing first with the Spokane Canaries for the 1916-17 season. The Canaries, citing poor attendance, disbanded for the following season, and while Fowler had played poorly for Spokane, the defending Stanley Cup champion Seattle Metropolitans were confident enough to sign him as their goaltender. With Fowler at the helm, the Mets won the league championship but were upset in the playoffs by the Vancouver Millionaires. Fowler led the PCHA with eleven wins and put forth a fine 3.34 goals against average. Fowler was named to the PCHA first all-star team in 1917-18.

At that point, Fowler enlisted in the military for the last year of World War I, missing the 1918-19 Hockey season.

Fowler then signed with the Victoria Aristocrats, playing with them from 1919 to 1922, and was with the club when they became the Victoria Cougars, playing from 1922 to 1924.

Fowler was traded to the Boston Bruins by Victoria for cash, October 29, 1924. Fowler is very significant to the history of the Boston Bruins, having been the first goalie in franchise history, as the Bruins entered the NHL back in the 1924-25 season.

Fowler’s previous success didn’t not translate to the NHL. He would only last seven games with the Bruins where he had a miserable record of 1-6, and a very ugly 6.16 GAA. Fowler would never play for another NHL team.

According to Eric Zweig, in his book Art Ross, Fowler pulled an “emergency exit” stunt. On December 22, 1924 Boston hosted Toronto, losing to the visitors for the sixth straight defeat in the young season. Four of those defeats were by lopsided scores—including that one; 10 -1. There had been general dissatisfaction with the Bruins backstop, including accusations that he was actually letting pucks in on purpose. Ross had even called him up on the carpet in he dressing room to challenge him. And, giving him the benefit of the doubt, he softened the rebuke with, “….but I guess you gave it the best you had!” - to which Fowler was supposed to have answered with: “Like hell I did!’

At any rate, after the ninth goal Ross reported: “In the middle of the third period he just left the ice. He went into the dressing room, changed into street clothes, and left the arena!”

Fowler returned to the West, and signed with the Edmonton Eskimos of the Western Canada Hockey League to finish the season, but took the next year off. Fowler played one more season in Edmonton in 1927, then three for the Oakland Sheiks of the California professional league between 1928 and 1931 – leading the team to consecutive championships his last two seasons – before retiring.

Following retirement he returned to Saskatoon and coached the 1933 Saskatoon Quakers to the Allan Cup finals. With such success, Fowler went on to coach the University of Saskatchewan Huskies and the Saskatoon Elites, and helped to organize Pee Wee Hockey.
One of the greatest Hockey players ever, Gordie Howe is a graduate of Fowlers.

Norman “Heck” Fowler was inducted into the Saskatchewan Sports Hall of Fame on June 11, 1983.