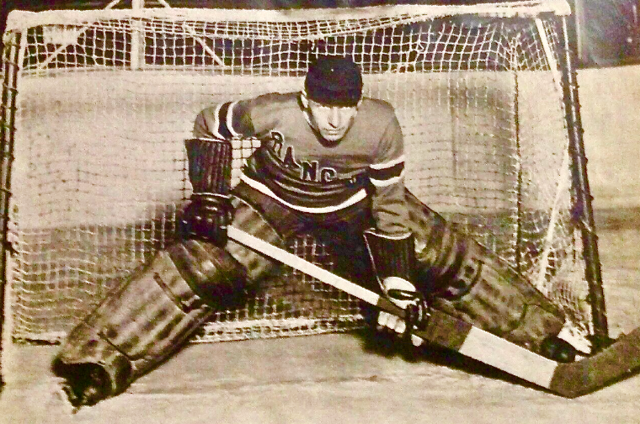 Winkler moved to Winnipeg when he was 15 yrs, and would play senior Hockey for the Winnipeg Winnipegs in 1913-14. He would continue to play for a few Winnipeg teams, Winnipeg 61st Battalion, Winnipeg Monarchs and Winnipeg Ypres where he helped them into the Allan Cup playoffs in 1918.

Winkler then left Winnipeg and joined the Brandon Elks for the 1918-19 season, the Moose Jaw Maple Leafs of the SSHL for 1919-20, followed by the Saskatoon Crescents in 1920-21.

Winkler turned pro with the Edmonton Eskimos of the Western Canada Hockey League / WCHL for the 1921-22 season, playing 3 seasons in Edmonton, winning the 1923 Western Canada championship and playing 2 games in the 1923 Stanley Cup championship, where he lost game one in overtime 2-1 and game two 1-0 in a best of 3 series. He was also named to the 1st WCHL All-Star team in 1922-23.

Winkler then joined the WCHL Calgary Tigers for the 1924-25 season, playing 2 seasons in Calgary, before making it to the NHL, debuting with a shutout victory for the New York Rangers on November 16, 1926 vs the Montreal Maroons. Winkler played 8 games for the Rangers before they traded him to the Boston Bruins. Winkler played phenomenal in the Bruins run to the Stanley Cup final in 1927. He then recorded 15 shutouts in 44 games for the 1927-28 Bruins, despite the NHL's regular season almost doubling in length from the 1926-27 season Winkler tied a shutout mark that is a single-season team record that still stands.

After the 1927-28 season, Winkler lost the 1928-29 starting job to NHL rookie and future HHOFer Tiny Thompson after he "unselfishly helped" the understudy in training camp. Boston would win the 1929 Stanley Cup with Winkler having played that entire season for the Bruins minor league team the (AHA) Minneapolis Millers (14 shutouts).

When the 1957 redesign of the Stanley Cup happened, Boston decided to add a few players names to be engraved (stamped) for the 1929 championship team, and Winkler was added to the engraving.

INTERESTING - The mysterious ring of the Stanley Cup that went missing in the lates 1960s. Rumor has it that original ring of 1928-29 Boston Bruins was melted down to make a trophy for Hector "Toe" Blake when he retired after winning his 8th Stanley Cup as coach with Montreal (11th cup over all).

Winkler closed out his career with a season with the Seattle Eskimos of the Pacific Coast Hockey League / PCHL (1929-30) and finally with the Can-Am Boston Tigers in 1930-31.