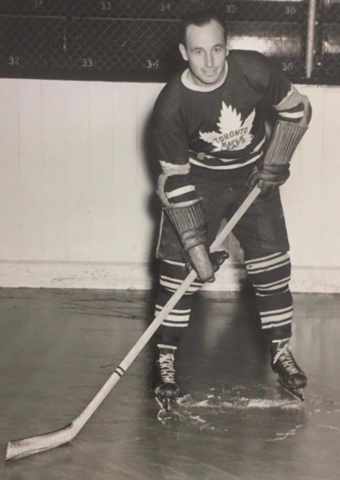 The Maple Leafs loaned Marker, Red Heron and Nick Knott to the Brooklyn Americans in October 1941, receiving Lorne Carr as compensation. The loan became permanent, although the Americans folded after the 1941-42 season. Marker also played 16 games that season for the AHL Springfield Indians.

Each year the outstanding Amateur athlete in Kingston is awarded the “Gus Marker Award”. Gus was as successful in life as he was in hockey, a multi-millionaire when he died and one of Kingston’s most distinguished and respected citizens.