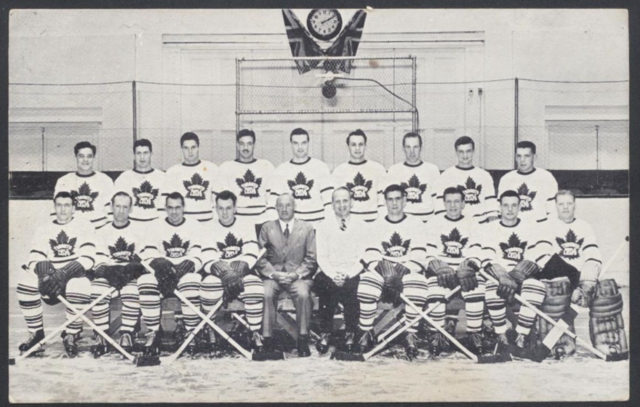 This team would go on to win the 1947 Stanley Cup championship, adding Bill Barilko, Tom O'Neill, to their roster later in the season.