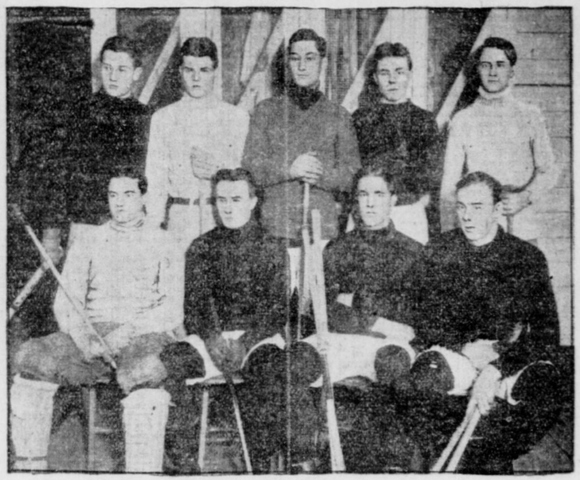 Harvard won all their four games in the Intercollegiate Hockey League in 1905: 5-0 against Columbia University, 6-5 against Princeton University, 15-1 against Brown University, and 7-1 against Yale University.