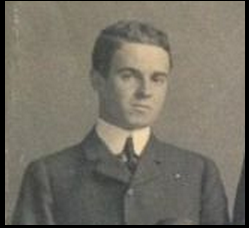 Over these years he compiled a 23-5 win-loss record against arch rival Yale. As might be expected Winsor developed many stars. Foremost among them was S. Trafford Hicks, Class of 1910, and captain of the 1910 team. Another was Morgan B. Phillips, Class of 1915, who tallied nine goals in games against the Eli.

Winsor is noted in NCAA Hockey as on of the winningest coaches of all time, with 86 wins, 27 losses, 0 ties in 13 years of coaching, and a winning percentage of .761 - the highest in history.

Winsor was an innovator who took part in the development of the modern Hockey stick and shoe skates, as well as computing and adopting the official radii for the blades, known for years as the "Harvard Radius". Many new tactics, such as back-checking, and the shift of defensemen from point and cover point to the present paring positions are credited to Winsor's genius as well.

In all those years it is reported that Winsor never took any money for his coaching duties. Besides his great contribution at Harvard, Winsor aided Hockey at the schoolboy level and at other colleges.

He also had the distinction of coaching the United States Olympic Team at the 1932 games at Lake Placid, losing only once 2-1, to Canada in the final game.