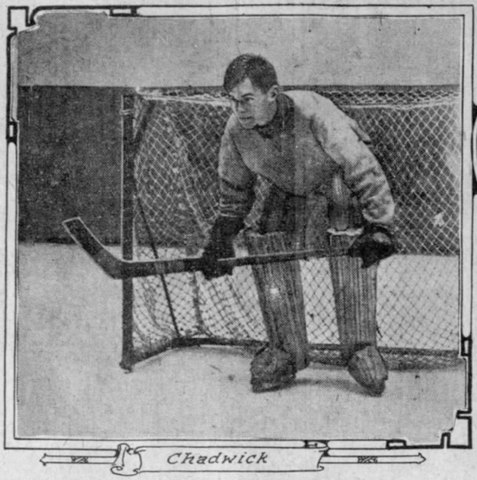 Chadwick later played for the Boston Athletic Association (B.A.A.) and the Harvard Club in the American Amateur Hockey League (AAHL) for two seasons between 1914–1916.

Chadwick wore glasses and sometimes played with them protected by a wire screen.

Chadwick served as a fighter pilot in WW1 and was shot down and killed over Belgium on August 14, 1917.