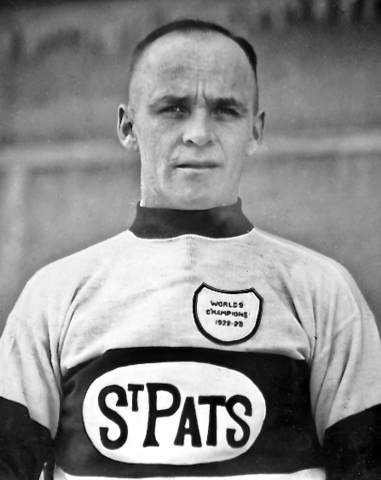 Cameron played with the Pembroke Debaters Hockey club from 1908 until 1911, before becoming a professional with the Port Arthur Lake City of the Northern Ontario Hockey League. The transaction is also famous when he accepted a contract for $30.00 a week on condition he could bring his left-winger Frank Nighbor. The Ports acquiesced, and the pair headed toward a pro career.

Cameron (along with Nighbor) joined the Toronto Blueshirts of the National Hockey Association / NHA for the 1912–13 season (Nighbor would move west the next season). In Toronto, Cameron was teamed with Jack Marshall, the equally light, reliant and talented blueliner. Together they won the Stanley Cup championship the next season, with Cameron scoring the championship goal in game 3 on March 19, 1914

Cameron stayed with the organization until the NHA suspended the franchise in the 1916–17 season. He was picked up by the Montreal Wanderers for the balance of the season, playing six games for Montreal. In 1917–18 he returned to Toronto, now called the Toronto Arenas, a franchise in the new National Hockey League / NHL, operated by the Toronto Arena Company. Cameron scored 2 goals vs the Montreal Wanderers on the very first night of NHL play, and then helped them win the 1st NHL Stanley Cup championship in 1918.

In 1918–19, he was traded to the Ottawa Senators and returned from the Senators in the 1919–20 season to the Toronto team, now named the Toronto St. Pats.

After the 1923 NHL season, Cameron was released, and he played three seasons as a playing coach for Saskatoon Crescents of the Western Canada Hockey League where he switched to forward. The now called Western Hockey League was folded in 1926 and its players absorbed in the NHL. Cameron was not picked up, and he then signed with the Saskatoon Sheiks of the Prairie Hockey League for one season.

Cameron then headed to the United States, where he played in the American Hockey Association, first with the Minneapolis Millers in 1927-28, and then three season with the St. Louis Flyers, finishing his Hockey career in 1931.

Cameron also officiated 1 NHL game on November 11, 1933 when the Boston Bruins played the Montreal Canadiens at The Forum. NHL managing director Frank Patrick had recruited him to be a NHL referee, but after that one game, let him go, citing “Not fast enough for this league,”.

According to Official Guide to the Players of the Hockey Hall of Fame, Harry Cameron of the Toronto St. Pats achieved the first known Gordie Howe Hat Trick on December 22, 1920. during a 6 to 3 loss vs the Ottawa Senators.

NOTE
Long before Stan Mikita or Bobby Hull were curving the blades of their wooden sticks, Cameron used to steam and manipulate his. Frank Boucher once claimed that Cameron played with a stick that was "crooked like a sabre", which allowed him to make his shots drop or veer to either side.

Harry Cameron was inducted into the Hockey Hall of Fame in 1963.