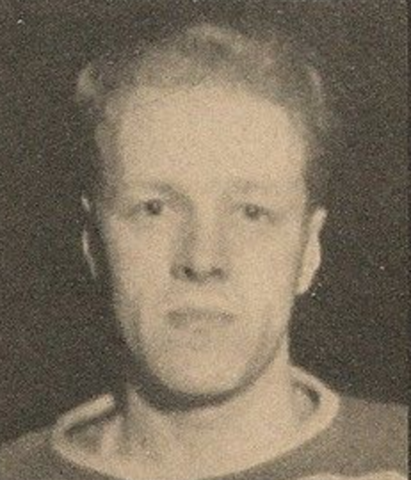 Cunningham played his early Hockey with his hometown Calgary Shamrocks in 1926, and then joined the Calgary Canadians in 1928.

Cunningham played his first junior Hockey with the Calgary Jimmies, helping them win the Calgary City Junior Hockey League and the Alberta Junior Playoffs for the 1931-32 season, and the 1932-33 season, before joining the Regina Pats of the Saskatchewan Junior Hockey League late in the season, helping them win the Abbott Cup championship as Western Canadian Champions, but losing in the Memorial Cup championship final in 1933.

Cunningham would join the Saskatoon Elites of the Saskatchewan Senior Hockey League for the 1933-34 season, finishing second in the Northern Saskatchewan League, and losing in the championship final series.

Cunningham turned pro in 1934 with the Buffalo Bisons of the International Hockey League – one of two leagues that merged to form the American Hockey League / AHL in 1936. Cunningham spent two seasons with the Bisons, then made his NHL debut in 1936 with the New York Americans. Played 23 games and scored one goal and 8 assists for the Americans, and spent the rest of his season in the AHL with the Cleveland Falcons.

Cunningham played the 1939-40 season with the NHL Chicago Black Hawks, scoring six goals and seventeen points. His best night clearly came on Jan. 28, 1940, when he scored two goals and three assists all in the third period against the Montreal Canadiens. The five points stood as a single period record for the next 38 years until Brian Trottier of the New York Islanders tallied six points in one period versus the New York Rangers.

Back in the AHL with the Barons in the 1940-41 season, Cunningham led the AHL in scoring with 64 points in 56 games, leading the Barons to the 1941 Calder Cup championship. Cunningham also earned a spot on the Second All-Star Team that spring, his first of five consecutive postseason all-star berths.

In 1941-42, Cunningham was chosen to participate in the first AHL All-Star event, a charity game held in Cleveland to raise funds for the American and Canadian military efforts in World War II.

Cunningham established a career high in 1942-43 when he racked up 82 points in just 55 games, and in 1944-45 he led the Barons to a third Calder Cup championship with 80 points in the regular season and 11 more in the playoffs.

Cunningham remained a team leader and fan favorite as capacity crowds continued to pack the Arena in Cleveland night in and night out. By the time he announced his retirement from the AHL in the summer of 1947, Cunningham had recorded 233 goals and 346 assists for 579 points in 519 games.

Cunningham signed on with the Pacific Coast Hockey League's San Francisco Shamrocks for his final two years of professional Hockey as a player / coach.

Upon his retirement Cunningham returned to the game to coach the Brandon Wheat Kings for the 1949-50 and 1950-51 seasons.