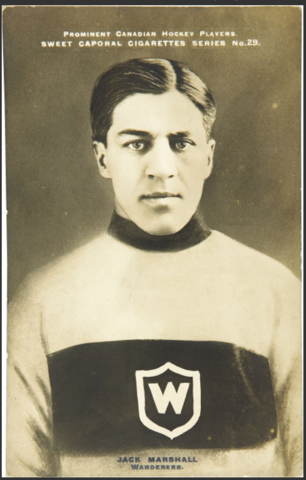 The 1911 Sweet Caporal postcard set featured 45 players from the NHA's five teams that played that season. Extremely rare in any condition.

Jack Marshall was the first man in the game's history to win six Stanley Cups. He was also the first and one of only three men who have won Stanley Cups for four different clubs.