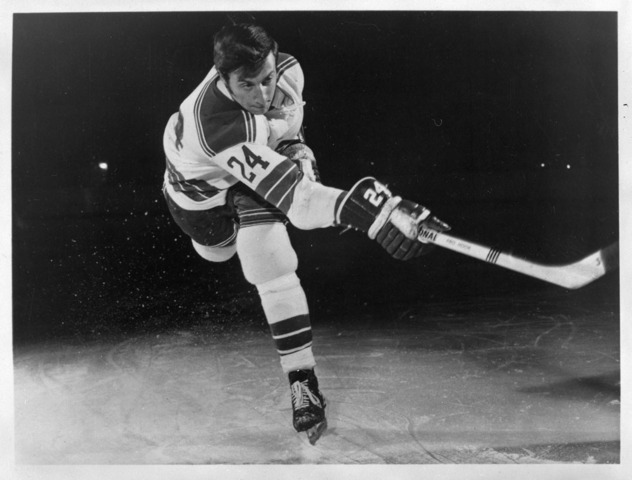 He is the son of Ab DeMarco Sr., who starred for the New York Rangers in the 1940s.

DeMarco was born in the United States while his father was playing for the Cleveland Barons, but was raised in North Bay, Ontario. Ab Jr honed his skills with the NOJHA's North Bay Trappers before joining the OHA Jr. Kitchener Rangers in 1967-68.

After stints in the OHA Sr. with Ottawa and representing Canada at the World Championships in 1969, DeMarco signed as a free agent with the New York Rangers in the summer of 1969. Over the course of the next four seasons DeMarco spent most of his time with the blueshirts while seeing limited action with the CHL's Omaha Knights.

DeMarco would spend the majority of his first two professional seasons in the minors, earning brief NHL callups to New York both years. In 1971–72, he stuck with the Rangers full-time, recording 4 goals and 11 points in 48 games. Late in the 1972–73 season, however, he was dealt to the St. Louis Blues. Given an opportunity to play more and receive time on the powerplay, Demarco responded in style, with 13 points in 14 games for the Blues, to give him a total of 30 points on the season.

However, despite his great start in St. Louis, he would last less than a year for the Blues before being traded again, to the Pittsburgh Penguins. This would be the pattern of his career, as he would become something of a nomad—offense-starved teams would pick him up to help their powerplay, but eventually grow frustrated at his poor defensive play and lack of grit, and he would find himself on the move again. He finished the 1973–74 season with 31 points in 59 games between St. Louis and Pittsburgh.

Early in the 1974–75 campaign, DeMarco was dealt again, this time to the Vancouver Canucks. In Vancouver, he had perhaps the best season of his NHL career, as he posted a career-high 12 goals in helping the team to a division championship and their first-ever playoff berth. On the powerplay, he was one of the most dynamic performers in the league, as his 9 PP goals for a blueliner ranked behind only Hall of Famers Bobby Orr and Guy Lapointe.

DeMarco found himself on the move yet again during the 1975-76 season, this time to the Los Angeles Kings. Now with his fifth NHL team, DeMarco went on to play 63 games in Los Angeles over the course of two seasons.

The Kings sent him back to the CHL with the Fort Worth Texans halfway through his 2nd season there.

In the 1977–78 season, with his NHL career at a standstill, he jumped to the rival World Hockey Association to sign with the Edmonton Oilers. The move failed to revitalize him, however, and he spent only a season in Edmonton, registering 6 goals and 14 points in 47 games.

DeMarco signed as a free agent with the Boston Bruins in the fall of 1978 and went on to play a mere three games with the club before playing his last year of professional Hockey in Switzerland playing for HC Ambri-Piotta in 1979-80.

DeMarco finished his career with totals of 44 goals and 80 assists for 124 points in 344 NHL games.