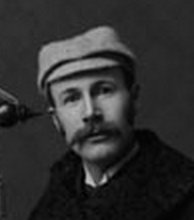 Jenkins was a founder, and the first captain of the Ottawa Hockey Club (Ottawa HC) of 1883.

In 1883, after viewing the ice Hockey tournament at the Montreal Winter Carnival, Jrnkins, Halder Kirby and Jack Kerr returned to Ottawa, with a plan to form a Hockey club. The Ottawa Hockey Club was formed, and Frank Jenkins was its first captain.

The club played in the Montreal tournaments in 1884 and 1885. In 1886, the Amateur Hockey Association of Canada (AHAC) league was formed with Ottawa Hockey Club one of the founding members.

The Ottawa HC would play in the inaugural season of 1887, a season of challenges between teams, allowing the winner to be the current champion, with the final winner of the season considered Canadian champion. The club would not play in the AHAC again until 1891, and was dormant in 1888, restarting in 1889 after the opening of the Rideau Skating Rink. Jenkins would again be the captain.

Jenkins, along with his wife Anne, was also the founder in 1894 of Ottawa's first full-size orchestra, the Ottawa Amateur Orchestral Society. The Society's first performance was in December 1894. Jenkins would conduct the orchestra until 1900.

Jenkins also was an organizer of the Ottawa Schubert Club Choral Society, which became the Ottawa Choral Society, from 1897 to 1914. The Society, a group of 175 amateurs, gave its first performance, with Jenkins conducting of Messiah on December 29, 1896 in the Grand Opera House.