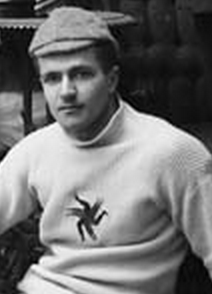 Kirby was one of the founders of the Ottawa Hockey Club for which he played from 1883 onwards. He was a member of the Ottawa City Hockey League and Ontario Hockey Association championship teams in 1891, 1892, 1893.

Along with Halder Kirby, Kerr was visiting Montreal during the 1883 Montreal Winter Carnival where he witnessed games of the outdoor hockey tournament. According to the Ottawa Citizen, one said to the other "that we could beat those fellows" and the other agreed. The two, upon their return to Ottawa, organized the Ottawa Hockey Club along with Frank Jenkins.

Kerr is also credited with manufacturing the first rubber hockey puck in Ottawa.