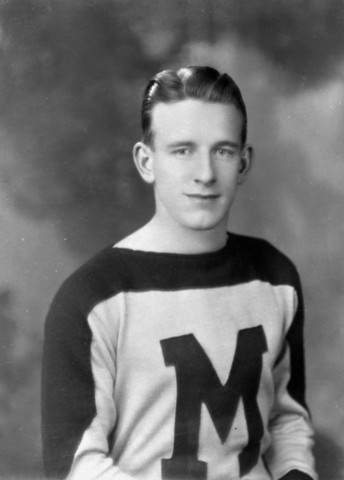 Hunt had American Hockey League stints in Springfield, Hershey and Buffalo. It was with Buffalo in the 1940’s that Fred blossomed, leading the league in assists in both the regular and post-season in 1943-44

After that year he returned to the Bisons, winning another Calder Cup in 1946.

Hunt retired as a player after the 1949 season.

The Fred T. Hunt Memorial Award, instituted by the AHL Board of Governors during the 1977-78 season, is voted upon by coaches, players and members of the media around the American Hockey League and honors the player best exemplifying the qualities demonstrated by Fred T. Hunt: sportsmanship, determination and dedication to Hockey.

In 1982, Fred was inducted posthumously into the Buffalo Sabres Hall of Fame.

The Buffalo Sabres present an award to their top rookie each year named in Fred’s honor.