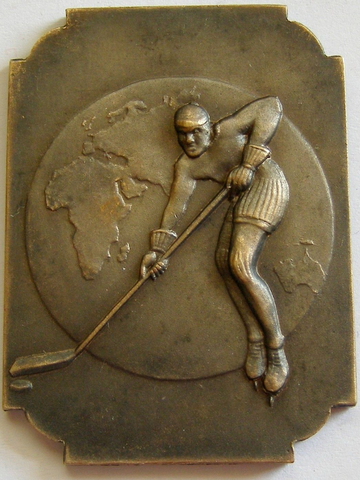 The British Ice Hockey Association had given all participants in the ice Hockey championships these medals.

The championships were held in London, England from February 17, to February 27, at the Wembley Arena and Harringay Arena

Canada won its ninth world championship title while the host, Great Britain, won its third European championship. The British team, using many of the heroes from the previous years olympics, won their first seven games by a combined total of forty-five to zero, before losing to Canada. The impressive Swiss team finished third, with their final round losses to Canada and Great Britain both coming in overtime.