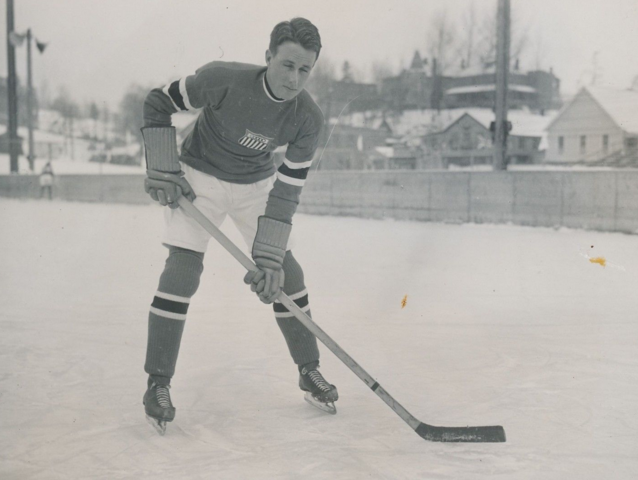 John Chase began his formal Hockey career at Milton Academy playing on the 1922-23 team. Transferring to Exeter Academy the following year, he played there one year before matriculating at Harvard in the fall of 1924. At Harvard, Chase's strength and skill as a Hockey player soared. He played as a regular at center ice as a freshman and as a first line center on the varsity for three years. He was selected as team captain his senior year. Chase also excelled at baseball at Harvard and as an amateur player in later years.

Following graduation from Harvard, Chase was sought after by professional teams, but he chose instead to pursue a business career. He did, however, continue his Hockey career with such teams as the Boston Athletic Association, Boston University Club, and Brac Burn Hockey Club. All were strong contenders because of Chase's presence in the line-up.

Chase was the captain of the United States men's national ice Hockey team, which won the silver medal the Silver Medal at the 1932 Winter Olympics at Lake Placid, New York, losing the final game to Canada 2-1 in a heartbreaker.

John Chase was inducted into the United States Hockey Hall of Fame in 1973.