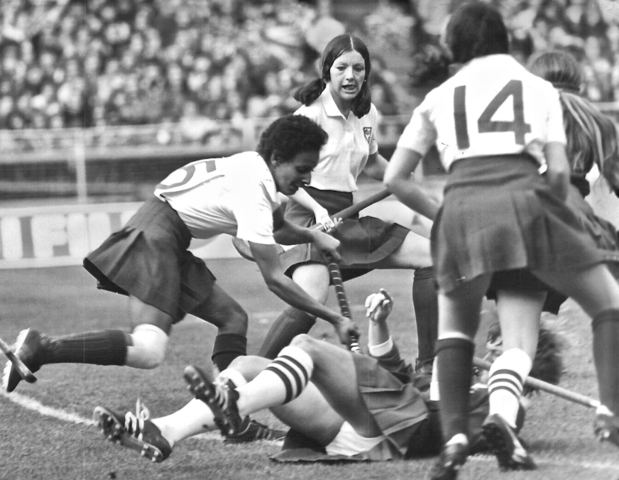 Her Great Britain caps tally would also have been much higher if she hadn't had the misfortune of missing out on not just one, but two Olympics.

The GB hockey teams were part of the group of athletes not sent to compete at Moscow 1980 due to the boycott led by the United States. Four years later, the team were informed just two weeks before the Los Angeles Games that they hadn't played enough qualifying matches and couldn't take part.

Sykes played her regular Hockey with the Ashford Hockey Club.

Sykes was dubbed the "Black Rose of England"