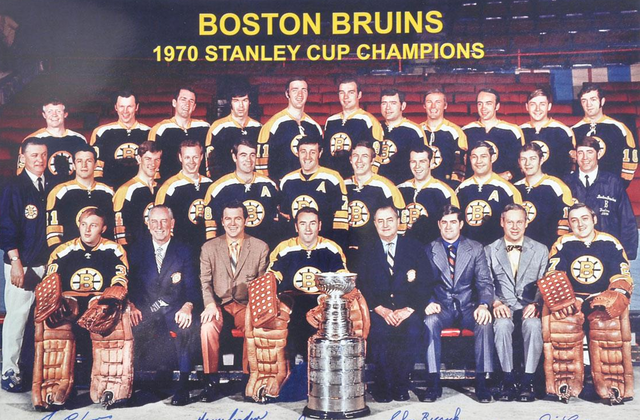 The 1970 Stanley Cup Final NHL championship series was contested by the Boston Bruins and the St. Louis Blues, appearing in their third straight finals. The Bruins were making their first appearance in the Final since 1958. The Bruins would win the series 4–0, their first Stanley Cup victory in 29 years.

Bobby Orr scored the Cup-winning goal on Glenn Hall, with an assist from Derek Sanderson, at forty seconds of the 1st overtime, and the subsequent image of Orr flying through the air, his arms raised in victory — he had been tripped by Blues' defenseman Noel Picard at the moment of shooting — is arguably the most famous and recognized Hockey image of all time.