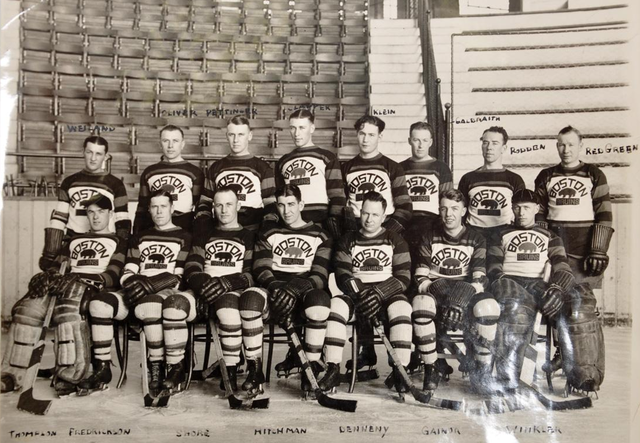 This photo was taken early 1929, before they acquired George Owen and Doc Carson (Bill Carson) who was bought from the Toronto Maple Leafs, and would score the Stanley Cup winning goal for the Bruins on March 29, 1929.