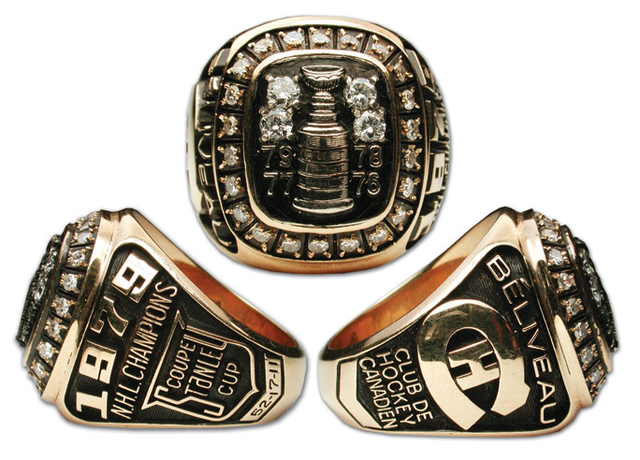 This is the exquisite ring Canadiens Vice-President of Corporate Affairs Jean Beliveau received to commemorate another marvellous season. A sculpted white gold Stanley Cup graces the face and is set between four diamonds and the years (76, 77, 78, 79) of the Habs' second greatest dynasty. Twenty-two diamonds represent 22 Canadiens' Cups and surround the face. A polished gold Canadiens logo is on one shank with "Beliveau" above and "Club de Hockey Canadien" below while the other has "1979 NHL Champions Coupe Stanley Cup" and Montreal's "52-17-11" record.