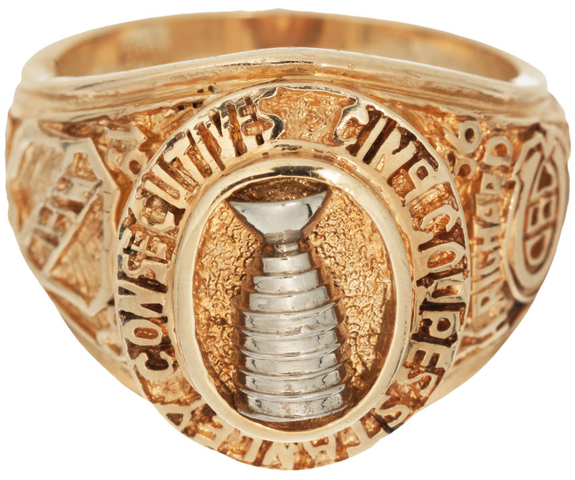 This particular Championship's status as Rocket's last, and as the final edition of a five season ownership of Lord Stanley's coveted Cup, elevates the few 1959-60 Canadiens rings to have surfaced in the collecting hobby to the upper reaches of desirability for Hockey jewelry. Certainly the direct provenance to an iconic Hall of Famer is a major amplification of appeal.

Raised lettering encircling the ring face translates from the French to "Five Consecutive Stanley Cups." A silver miniature of that most famous of Hockey trophies appears at center. Left shank provides the Canadiens logo and the text, "H. Richard," while the right notes the years at the top of the NHL heap with the League logo seal.