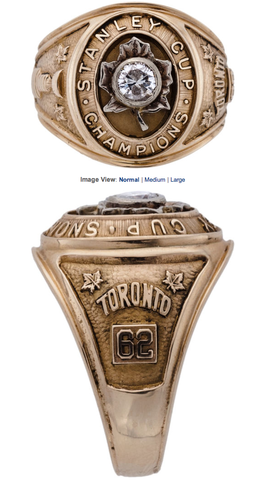 Stamped "BIRKS 10K" in the band's interior, a brilliant genuine 65 point diamond is presented at the center, while "STANLEY CUP CHAMPIONS" is noted around its perimeter. A rendering of the Stanley Cup is displayed on the side shank, while "Toronto 62" is noted on the other.